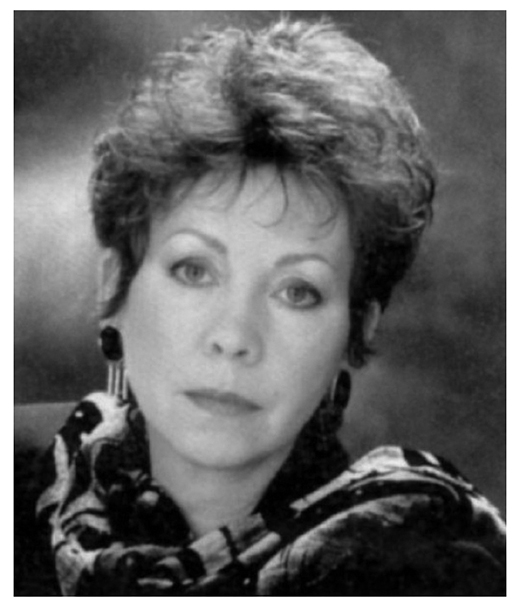 We could stop this post right here then. You’ve got the theme of it. It’s valuable advice straight from the mouth of one of British advertising’s great copywriters; the one who created classic campaigns for Volkswagen, Levi’s, Audi and Pernod; the founding partner and deputy creative director of Bartle Bogle Hegarty; international creative director at Grey, Paris; and these days a creative consultant to clients all over Europe.

So now you know what to do, go and do it.

Hey what? Hang on. Something inside makes us want to know more.

After all, it’s what comes before ‘edit, edit, edit’ that is equally, if not more, important for writing great copy.

Find the Story From Without

Barbara describes her investigative approach like this: ‘I always go round like a reporter and take notes all the time since you don’t know what information you pick up might turn out to be useful later on. Of course, it could be just boring stuff but it could also be the springboard for a creative idea’. The importance of doing your homework as a copywriter cannot be stressed enough in her books, you’ve got to ‘find out all you can about the product and take it from there’. So this is how she found out that while many marmalades use artificial stuff to give that special tang, Robertson’s use the real thing — oranges. 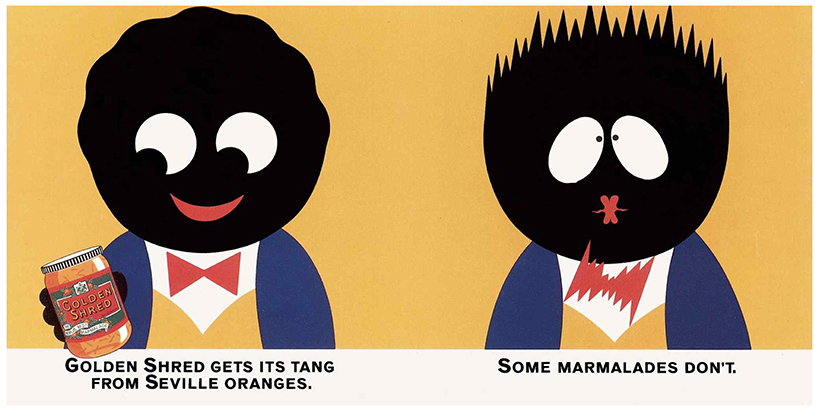 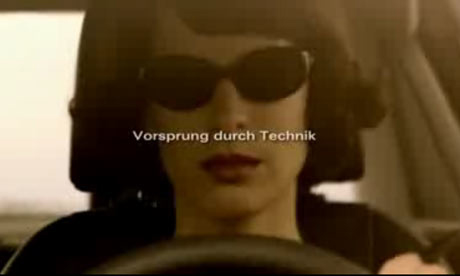 And this is also how Barbara came up with the famous tagline: Vorsprung durch Technik. She noticed these three faded words over a doorway as she entered the Audi factory in Bavaria for a factory tour. ‘The reason they attracted my attention’, she explains, ‘was that we had carried out research which showed that Audi was not generally known to be a German car but was, in fact, thought of as some sort of “Euro” car. And given that Porsche, Mercedes and BMW are accepted as the best cars in the world and are very German, we were actively looking for a tagline that would establish Audi as definitely German, but that would also give a sense of innovative technology. “Vorsprung durch Technik“ seemed to meet both requirements of the brief perfectly – and I knew it didn’t require the reader or viewer to speak German, because I didn’t myself. The literal translation is “Forward through technology.’

Find the Story From Within

Sometimes that research takes you within your own personal experience. For women, it could be tampons, a category that’s boring to us according to Barbara, ‘It happens to you, you do something about it, you get on with it. All the ads for sanitary towels featuring women in white leotards, with feather boas, bunches of flowers. I always looked at them, turned the page and laughed’.

So when the category was given to Barbara The Realist to write about, she did nothing less than a never-been-done-before-break-through ad, using the very emotion that connects us all, humor. ‘I think it’s one of the few cases where being a woman writing the ads mattered since I had an innate sense, I think, of how far you could go, whereas a man might have been unaware of that.’ Below is the most famous ad in the campaign, for obvious reasons you can’t mistake. 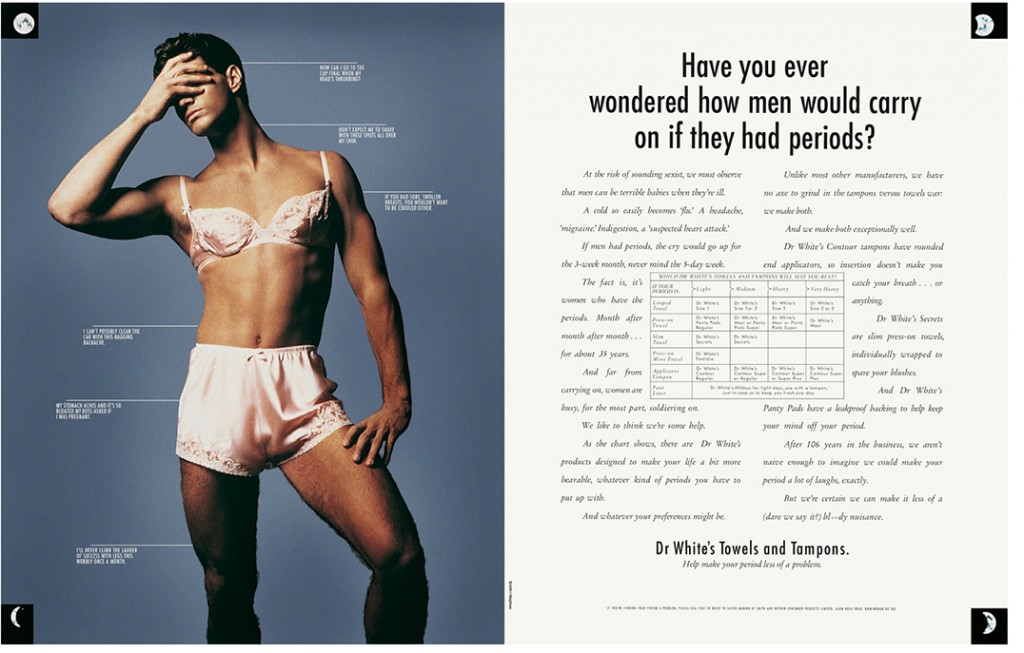 Find the Story From the One You’re With

There are many more stories behind the stories that Barbara Nokes had written. But let’s finish on one showing that sometimes the story comes from the very client she was writing on behalf of.

‘What had happened is we ran an ad with a crumpled car with the headline, “It’s no accident that no one died.” A year later, there was this sudden panic because we needed a new ad. And I went to the client with the same ad and only exchanged the headline, which now said, “You’re in this cell for your own protection”.  And the client said, “Why don’t you turn it upside down? Put the car on its roof.” So we did. The ad won a Silver D&AD and, at the ceremony, I arranged for the client to pick up the Silver himself. After all, he had made such a contribution to this ad. I think there should be a category at D&AD that awards clients for their courage.’

It’s always illuminating to hear the story behind the story. It demystifies the notion of genius and humanises the act of ideation. You just need to be perceptive and receptive to find the story, or for the story to find you.

Now that we’ve had three words from Barbara Nokes, here are more of them as published in The Copy Book: How some of the best advertising writers in the world write their advertising:

“They come in different ways, so many different ways,” Mick Jagger declares with a melodramatic pleading in his voice, like he’s being forced at knife-point to divulge some great private secret. Which, in a sense, he is — how he and Keith Richards write songs together. Not the old shopworn shorthand about the birth of “Satisfaction” or “Honky Tonk Women”, but how they really do it from genesis to revelation.

These words open an article on the Rolling Stones by David Fricke published in a recent Rolling Stone magazine. They seem an extraordinarily appropriate way to begin my section of D&AD’s book on copywriting.

The point is, I suspect nobody really knows how they do it. We all have our ways of putting off that awful moment when, in the good old days, Mont Blanc or biro met a virgin sheet of A4.

Now, of course, it’s the moment when chewed fingers meet pc. Call me old-fashioned, but I can’t help wondering if the nature of copy will change now that it’s created directly onto a screen. The nature of art direction has certainly changed since a Mac started to mean something other than a hamburger to the art directors among us. Before I start to write a piece of copy, I like to have a conversation with somebody who lives and breathes the product or service. For cars, that might be a client, it might be a motoring journalist. For nappies it could be with a mother, father or nanny. Or an expert in paper technology. For any manufactured article, the quality-control people at the factory are usually good value.

The point is, in my view, a copywriter can’t have too much information at his or her fingertips. Copywriting is, after all, the art of saying a great deal in as few words as possible. (And, in that way, can be closer to poetry than prose.) So, I assemble my facts and figures. Then I might list the few ingredients instinct tells me will best make this particular cake. And then, and this is the important bit, I think myself under the skin and into the head of the person I’m addressing.

Empathy really is all. A child I know once demonstrated this brilliantly. He was a boy about eight and rather well-spoken. I overheard him playing in the next-door garden in the mixed inner-London street in which he lived. He was dropping his aitches and effing and blinding like there was no tomorrow. When asked why he was speaking this way he said, with devastating child’s logic, “So David will understand me”. Quite.

So, gather your facts and get under the skin of your target. Talk to them in their language, not the Queen’s. What else? Be brief. I believe it was Pascal who added an apology to the bottom of a long letter, explaining that he hadn’t had time to write a short one. Why take twenty words to say what you could say in five? Why decide on a long copy ad when a poster-in-the-press will do? For most people, and particularly women who work outside as well as inside the home, money isn’t the most precious commodity these days; time is. We copywriters would do well to respect that.

For that reason, I make no excuses for including completely copy-free ads in these pages. And, indeed, actual posters. For a copywriter, communicating a headful of ideas via a handful of words is, in many ways, the ultimate challenge.

If I could proffer just one piece of advice it would be this: edit, edit, edit.

Next week’s copywriter in this series will be the delightful Mary Wear, who’s copywriting is so show stopping, people in peak hour subways stop to read them. Stay tuned.