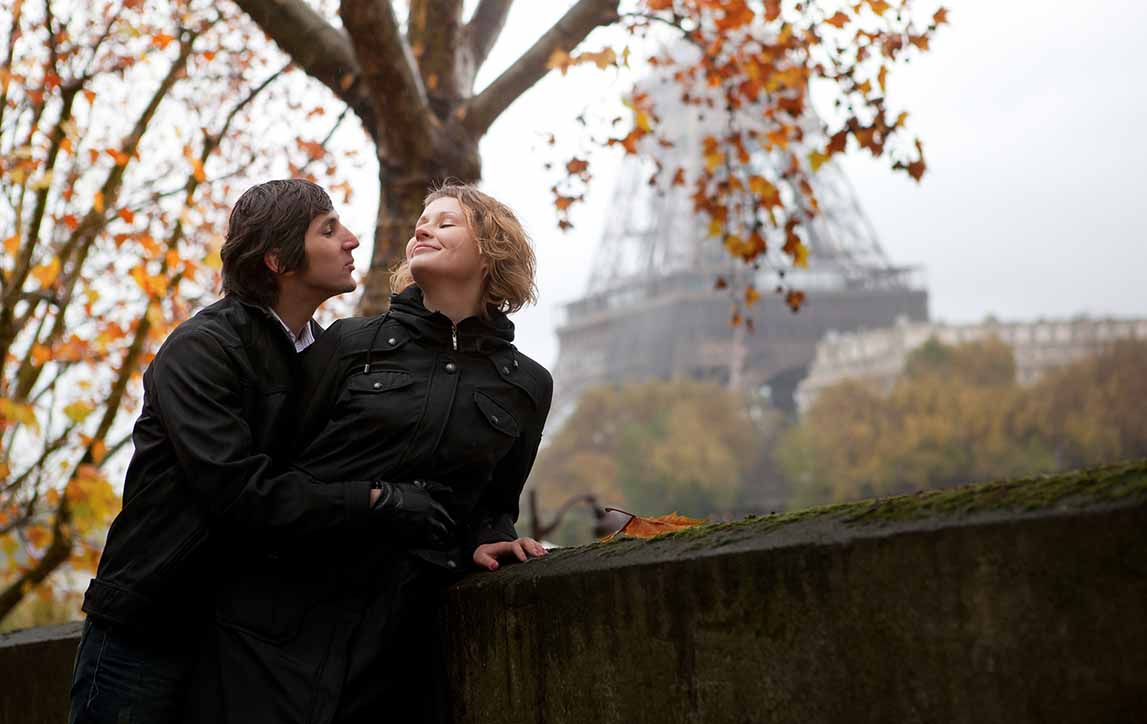 Persuading the Money to Buy into the Idea

It happened one day back in the early years of my ad agency phase. I had presented some concepts to the Account Executive, and he exclaimed, “they’re great Nic. Right on the money!” Then he looked at his Rolex, which made him hurry out of my office with the words, “… can you write a rationale statement for the client.” I had to chase him down the corridor to ask the obvious question (in my mind), “Hey! What’s a rationale statement?” Dave kept racing as he said, “You know, something that justifies and sells the concept” and with that he was gone before I could say “isn’t that your job?!” Nobody before then had ever mentioned “rationale statement” to me. Not even during my university days. I was left to figure this out on my own. Thirty years later, there is still nothing written on the subject except in film and television, where they call it a “pitch document”.

I still use the same rationale statement structure I developed (or perhaps invented) back then, but with a little tweaking thanks to the pitch documents I wrote during my film and television phase in the 2000s.

In both cases, it’s a one-page advertisement for your idea. Its purpose is to convince “the money” to buy the idea by justifying the reasons for your creative approach.

But it’s more than that. A rationale statement is also a document advertising You. It shows that (i) you can effectively communicate your understanding of the project (ii) you have understood and met the communication strategy and (iii) you have demonstrated some depth and breadth in your communication skills.

By depth I mean a deeper understanding of the subject, the target audience and the creative skills employed. By breadth I mean a wider scope of knowledge, awareness and relevance of the subject matter outside the subject’s bubble.

By keeping The Rationale Statement to one page, it forces you to hone your writing down to the essence; it’s more inviting to read and remember for stakeholder(s); and it expresses clear and precise intention by you, the writer. In fact, writing a rationale statement is a great exercise in clear, precise and persuasive writing.

All of the above can only instill confidence in your stakeholders that you are, indeed, an ideas writer with skilfulness and authority.

When do you write a Rationale Statement?

Only when you have completed the Creative, and only then. The Rationale ticks off the following 7 Rules of How to Judge Your Work:

What you don’t want to do is simply repeat the information established and agreed upon in The Communication Brief. That’s the CommBrief’s job and why it should always begin the communication process.

Let me show you how this all works with a recent case study from one of my Copywriting in Action course projects — Choose Maths. You’ll see how to write a Rationale Statement. You’ll see why it must be written after the work is done. And you’ll see what a big difference it can make to your credibility in the eyes (and pockets) of the people with the money. I’ve broken this next section into three parts: the Communication Brief (part 1), The Creative Work ( parts 2a and 2b) and The Rationale Statement (part 3). And these three parts go in that order. 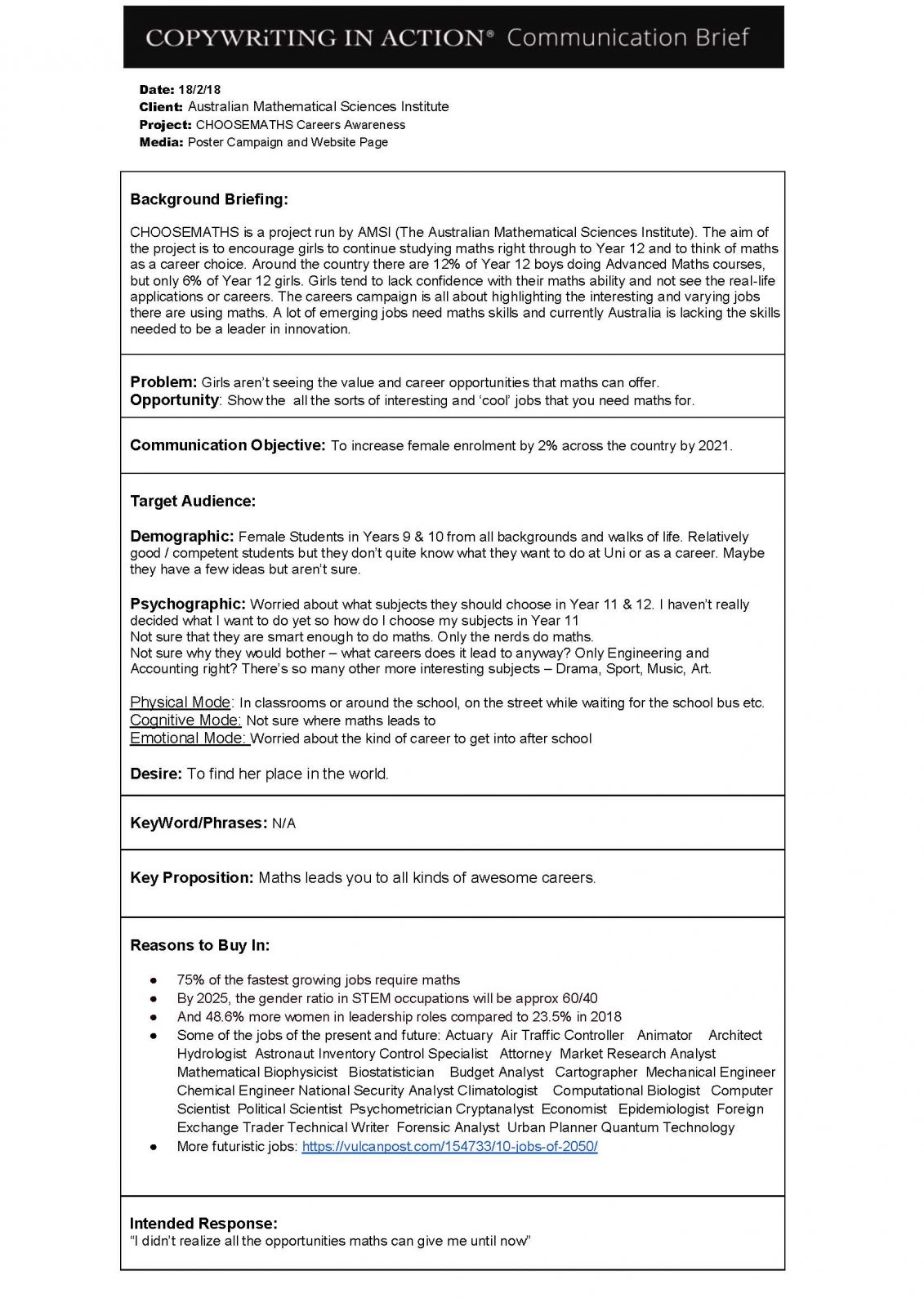 Press the play button to see this mock-up presentation to client. 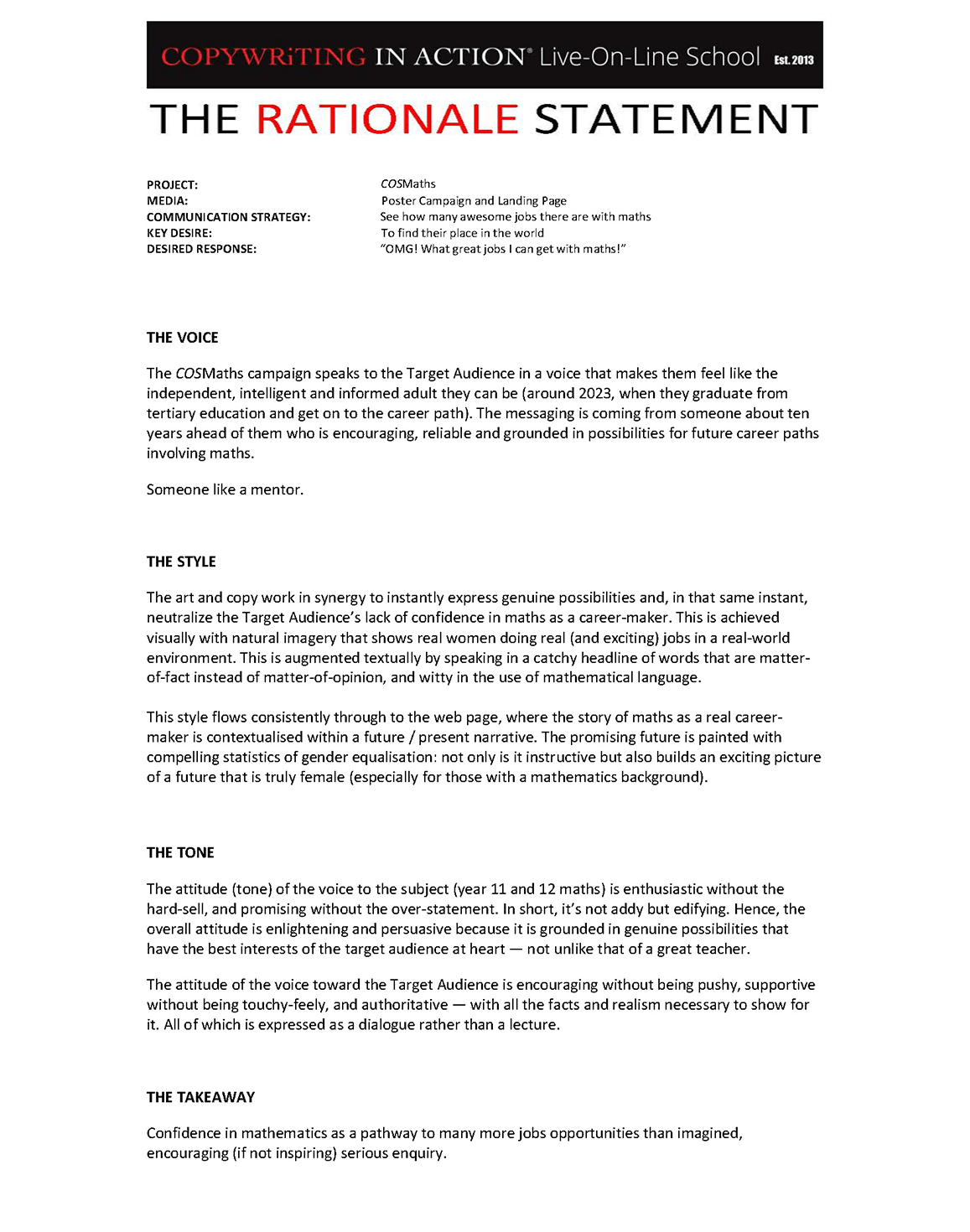 As you can now see, one can never write a rationale statement until all creative work is completed, otherwise you have nothing to write a rationale about. From my experience, I believe everybody should write at least 3 rationale statements on 3 projects in their life. It certainly makes you think deeply and consciously about what makes for effective communication. And that, in itself, will go a long way to making your mind clear, precise and convincing.