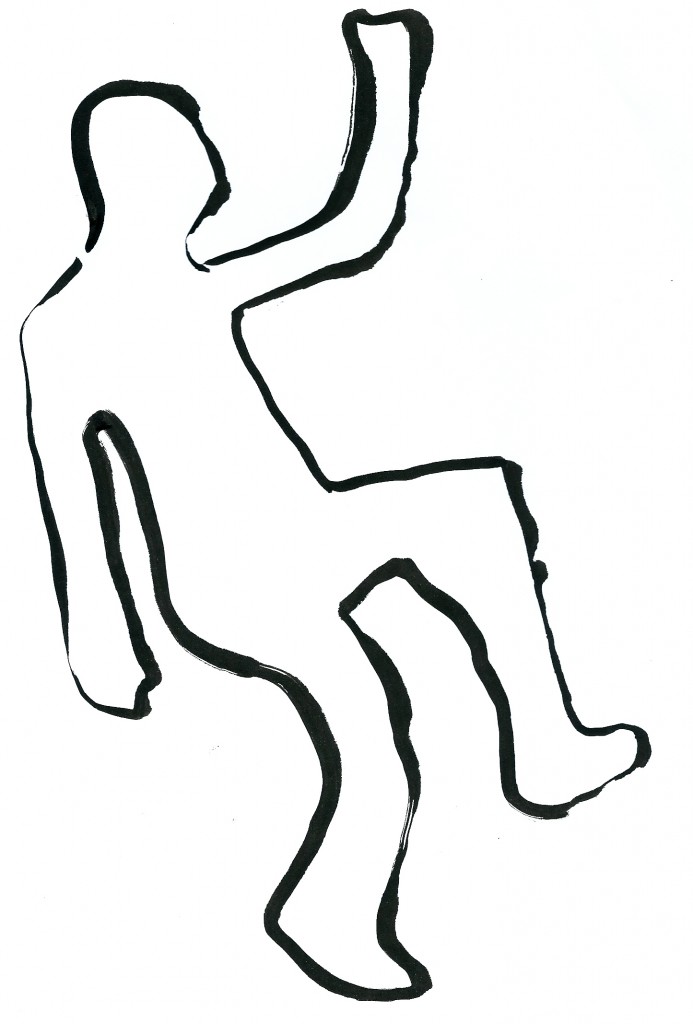 ‘Aaah, the crimes we commit against punctuation,’ sighed a student, after we concluded the punctuation segment of my Copy Editing class at the Centre for Adult Education in Melbourne this week. This participant works in HR, and complained that too many job applications are so badly punctuated, even the personal pronoun “I” is typed in lower case. And this, by university graduates who would have written regular 1000 word essays! Perhaps I have missed something, and uni students these days are texting their essays. For therein lies a paradox: writing and reading since the digital revolution has exploded, yet our punctuation (and grammar) has imploded.

All I have to say about that is:

Punctuation can make a big difference to your meaning (and also speaks volumes about the character of the writer behind it — sloppy punctuation signifies sloppy personality).

While we all understand that punctuation gives pause and stress for meaning or expression, even the seasoned writers amongst us have punctuation block with some of the rules of engagement. So let’s now make sure you mean what you punctuate, and you punctuate what you mean with the following refreshers:

The Full Stop is just that, it ends a sentence:

A writer, like a film director, guides the reader with the verbal equivalent of lighting, camera angles and cuts.

If you work for a living, why do you kill yourself working?  (The Good, The Bad and the Ugly, 1966 movie)

It also ends an unspoken question:

The Exclamation Mark ends an expression of emotion. Use it lightly, and too often, and you’ll come across as hysterical.

The Comma is the most important and versatile punctuation mark of all:

I was going to write about the music of writing, however, this was a more pressing issue.

Surprisingly, we are less educated about punctuation today that fifty years ago.

Without even realising it, texting has returned us to the literary stone age.

It signals additional comments or information:

Pancini adds that, like many working in the field, she believes in the ethical desirability of a more literate society.

The author’s writing is eloquent, engaging, insightful and concise. (no comma before “and” unless you’re American)

Training is everything. The peach was once a bitter almond; cauliflower is nothing but cabbage with a college education. (Mark Twain).

The Colon is a momentary pause for assessment, introducing further information:

The four most beautiful words in our common language: I told you so. (Gore Vidal)

It also amplifies the word or phrase being introduced:

The stupidity of man can be traced to one cause: ignorance.

It preludes an indented quotation or statement, such as this one from author, Amy Joy:

Anyone who says writing is easy isn’t doing it right.

• Keep sentences short
• Prefer the simple to the complex
• Prefer the familiar word
• Avoid unnecessary words
• Put action in your verbs
• Write like you talk
• Use terms your reader can picture
• Tie in with your reader’s experience
• Make full use of variety
• Write to express, not impress

It’s used for headlines with a sub-head, as well as for citations and ratios:

Sense of Style: The Thinking Person’s Guide to Writing in the 21st Century

The Em Dash is twice as long as a hyphen (PC: hold down ALT key and type 0151 on the numeric keypad. MAC: press Shift-Option and minus key) and signifies an abrupt pause before adding a comment:

Never have I met such a lovely person—before you.

Please talk to my art director—Nunzio Giuseppe Di Stasio—about the layout design. (Parentheses or commas can also be used).

It’s used as amplification or explanation:

The Beatles were four lads from Liverpool — John, Paul, George and Ringo. (a colon would be used here in formal writing)

The En Dash is shorter than the Em Dash but longer than the Hyphen (PC: hold down ALT key and type 0150 on the numeric keypad. MAC: press Shift-Option and minus key) and used to show spans of figures and dates:

The Hyphen joins words into compounds:

It joins prefixes to a word:

It makes a pronunciation of a word clear:

They decided to re-form the band for the benefit concert.

There were fifty-odd guests at the book launch.

The Apostrophe shows ownership or possession:

It’s used to mark an omission or contraction:

The Ellipsis uses only three dots and indicates an intentional omission of words in a text:

Marvin the Cat looked up…all he could see was Lucy in the sky with diamonds.

An ellipsis can also be used to indicate a pause in speech, an unfinished thought, or, at the end of a sentence, a trailing off into silence.

When the singer looked out into the audience, she couldn’t quite believe what she saw…

Note that an ellipsis at the end of a sentence is not followed by a full stop.

From One, two, three, four, five, six, seven, eight to nine – spell them out. From 10 and above – use numerals, except at the beginning of the sentence.

Single Quotation Marks are traditionally used for stand-alone quotes.
‘As usual, there is a great woman behind every idiot.’   (John Lennon)

Double Quotation Marks are traditionally used for quotes within quotes:

Mrs. Smith told the inquest ‘Mrs. Chamberlain cried “The dingo got my baby”, before she ran to the police.’

Punctuation belonging to the sentence remains outside the quotation marks.

Always in capital, unless you’re e.e.cummings, in which case capitals don’t exist. And what better way to conclude than with a poem penned and punctuated by e.e.:

i carry your heart with me(i carry it in
my heart)i am never without it(anywhere
i go you go,my dear;and whatever is done
by only me is your doing,my darling)
i fear
no fate(for you are my fate,my sweet)i want
no world(for beautiful you are my world,my true)
and it’s you are whatever a moon has always meant
and whatever a sun will always sing is you
here is the deepest secret nobody knows
(here is the root of the root and the bud of the bud
and the sky of the sky of a tree called life;which grows
higher than soul can hope or mind can hide)
and this is the wonder that’s keeping the stars apart
i carry your heart(i carry it in my heart)