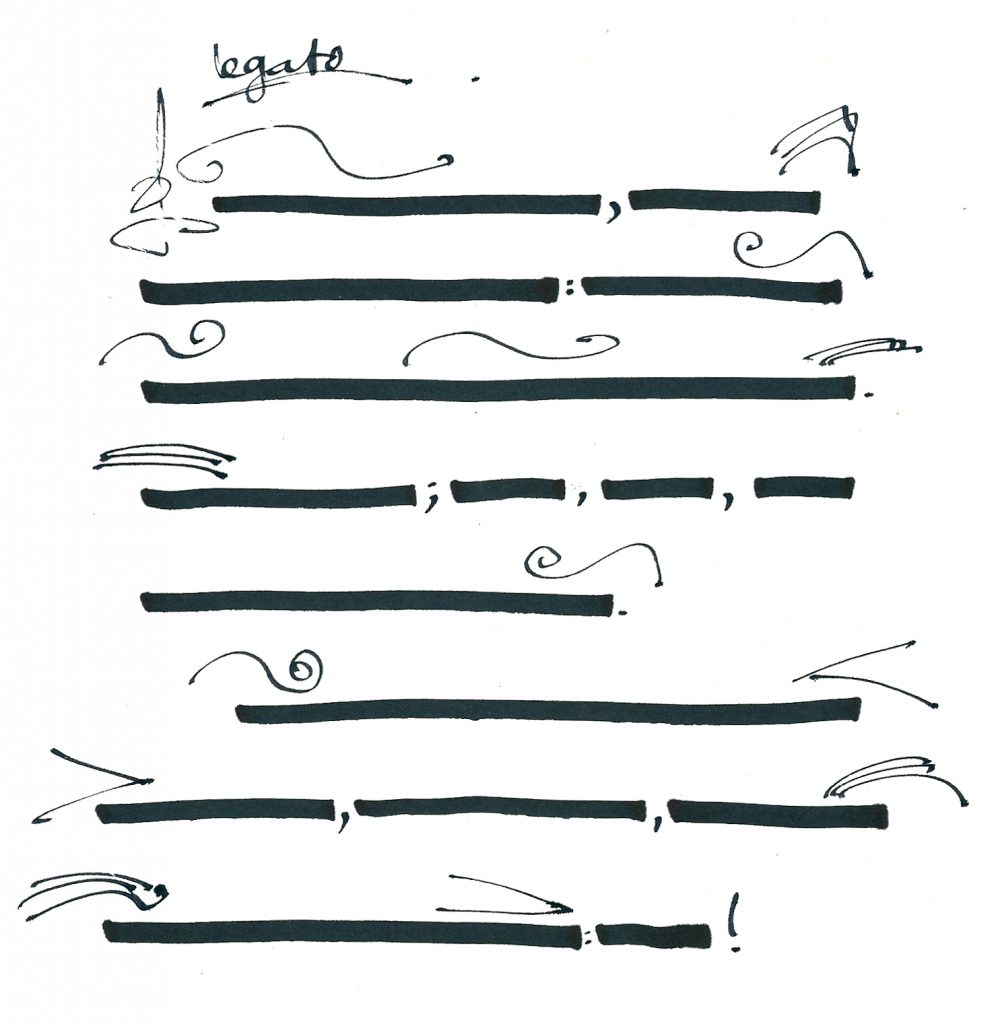 First, make the soundtrack to this post Rob Thomas’ & Carlos Santana’s Smooth . Secondly, listen to the interplay between Carlos’ guitar licks and Rob’s vocals. Then visualise the music as a page of text with Carlos making the links between Rob’s sentences. In music, small instrumental passages are “interludes”, while the instrumental passages between verse and chorus are ‘transitional bridges’. Transitionals enhance contrast and variety in music and, so too, in literature.

Smoooooth — both in song and in story.

That quality of smoooooth is also what you’ll get when employing transitionals in your own writing. Like Carlos’ seductive guitar licks between Rob’s insisting vocals, transitionals can link strings of sentences into pure song, with all the textures of beat, cadence, dynamics, harmony, tempo and resonance that takes you by the waist, and before you know it, has you in its embrace in what one commentator wrote as a narrative dance (when describing Kate Toon’s copywriting style).

Anybody who knows their writerly stuff will tell you that the essence of any good writing is ‘story’. There’s no doubt about that, but take this thought back one more step and you’ll find that the essence of good story is music. To illustrate the point, when a well crafted story unfolds from beginning to end, it is often like the exposition,  development and resolution of a piece of music; when the prose moves story forward with pace and rhythm, it carries the power of hypnotic prose; and when the words take you irresistibly along for the ride, it’s as if those words are singing you into its story. At the same time, your reader is dancing with you into the most desired of content writing effects – engagement, surrender and permission to dance them to the end of love, to quote one of the greatest wordsmiths of modern times, Leonard Cohen. For us of the social media arts, that love is expressed as your reader’s agreement to go along with your call to action.

Even if your tone deaf, mute and blind, you can still easily apply the theory of music to your craft.  Indeed, you’re already probably doing that without even knowing it. So here’s where I will leave the music analogy behind and distil this theory down to the ten modes of transition common in the copy editor’s checklist. Think of these transitions as little bridges that carry the reader from one thought to the next within sentences and between them. They can also act like a prelude, signalling or preparing the reader for the propositional content to come.

Most importantly, transitions provide your reader with that essential breathing space between information and ideas. Especially when it comes to long form copy.

In short, transitional bridges provide the clear connections between sentences, paragraphs and sections, and smoothen the narrative flow, giving the reader little breathers along the way.

Once you get the hang of these transitional bridges, you can improvise them into your own style. In the same way that el senor maestro of guitar licks, Carlos Santana, turns an ordinary love song into a world wide movement of love, being original with your transitions will bring a greater sense of cohesion within and between the exposition, development and resolution of your writings.

In a word, smoooooth.

Just to see if you’ve been paying attention, tell me in the comment box which Transition was not used from the list below:

(Also, in the same way, just as, so too, likewise, similarly)

In the same way that the maestro of guitar licks

(But, however, in spite of, on the one hand … on the other hand, nevertheless, notwithstanding, in contrast, on the contrary, still, yet)

Even if your tone deaf, mute and blind

(First, second, third … next, then, finally)

(After, afterward, at last, before, currently, during, earlier, immediately, later, meanwhile, now, recently, simultaneously, subsequently, then)

and before you know it

At the same time

(For example, for instance, namely, specifically, to illustrate)

To illustrate the point

(Even, indeed, in fact, of course, truly)

There’s no doubt about that,

(Above, adjacent, below, beyond, here, in front, in back, nearby, there)

(Additionally, again, also, and, as well, besides, equally important, further(more), in addition, moreover, then)

(Finally, in a word, in brief, in short, in conclusion, in the end, in the final analysis, on the whole, thus, to conclude, to summarise, in sum, in summary)

And the eleventh transitional:

You can also repeat a key word, phrase or idea to show the transition from one paragraph to another.