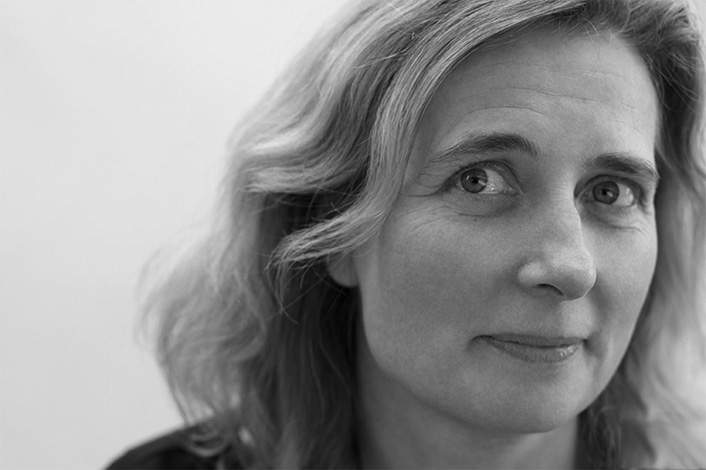 Until my recent conversation with Mary Wear, I always associated writing with music. When the beats and rhythms of the sentences sing the story forward, I know the writing’s done — music is my measure of accomplishment.

But Mary comes down from the bandstand and onto the dance floor with her audience. ‘Copywriting is “persuasion dancing”, she explains, ‘if it doesn’t dance, go back and do it again until it does.’ She admits borrowing that line from someone cleverer than the both of us at the speech-come-writing-come-broadcasting line of work — the incisively witty Clive James. He describes humour as ‘common sense dancing’. If Clive says so, then it has to be true in my books too. So now that we know Mary’s favourite dance partner, let’s dance.

Her proudest achievement is the MAKE POVERTY HISTORY campaign. Here was a classic story of from small beginnings, big things grow. And according to Mary, the growing was exponential. There was zero budget, zero plan and only a fraction more than zero social media. But there was a driving force. He was Richard Curtis of Four Weddings and a Funeral fame. But as with all driving forces, it needs something to drive. In this case, it needed a vehicle in which to express an ambition and call the world to action. Enter the driving force’s GPS:

‘I had a wonderful planner (strategist) who boiled down the ambition to just a few words – the desire to work towards stopping extreme poverty worldwide for once and for all.’

With that, Mary wrote a handful of lines, ‘probably only 6 or so, unusually, normally I would write between 15 to 20’.  When she wrote the line LET’S MAKE POVERTY HISTORY, her creative director drew a line through the word ‘Let’s’ and without a beat, everyone saw the greatness.

‘Then it just mushroomed and suddenly I was watching Nelson Mandela in Trafalgar Square in front of a MPH poster, repeating the line to huge crowds and cheers’. She describes the campaign as a ‘triumph of low-tech viral, buoyed along on good will, and the genuine desire to change the world.’ 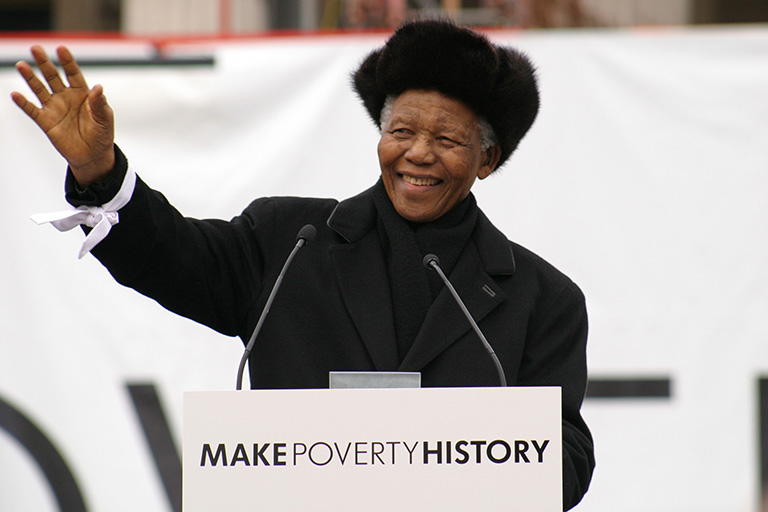 How a zenmasterstroke edit, three choice words, arranged with natural poetics, can get millions of people all dancing in step. That’s copywriting at it’s most powerful. That’s Mary Wear. ‘I’ve always thought that copywriters should write less and say more,’ Mary tells me … and you. ‘I’m sure your readers know that you need to have something worth saying first and foremost – not profound or earth-shattering, just something true – and then you let your subconscious take over and keep at it till you feel there is nothing more to say.’

Perhaps Mary’s knack for game changing headlines was already evident as a young, inexperienced copywriter who came up with the STARVE A METER concept with her equally young and inexperienced art director. ‘We managed to completely cock up the model of the meter – getting a model made that just didn’t tell the story.  It was just rubbish and the photographer was at a loss what to do. Fortunately, our creative director said it was too good an idea to mess up, let’s cut our losses and try again.  We happened to know a very young photographer who was also a genius model maker – and it went on to win awards and also get us our job at Gold Greenlees & Trott, under the legendary Dave Trott.  So I guess the moral is, if you mess it up, don’t give up on it.’

When it comes to the line itself, Mary gives us a very important insight into what makes for that necessary connection with your audience, ‘I love lines whose words appear to have nothing obviously to do with the product you are actually selling. Where the reader is happy to fill in the gap and supply the justification for you’.

It’s not ‘addy’ in other words. The point is made without being pushy, predictable or portentous. Instead, the line allows readers to engage in the story in a way that’s relevant to their own story. A dance of two stories, if you like. 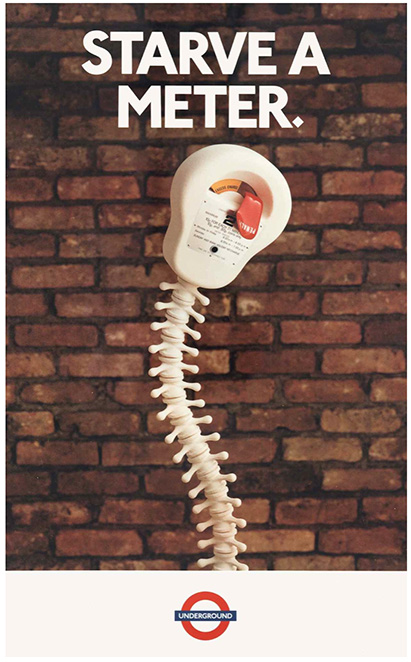 Step #3: Nothing But Insight

Mary’s Clinically Proven poster is a great example of what we call a ‘headless ad’. A risky move. Especially if you think, like Mary does, that copywriters should write less. But … no headline and all copy? Mary explains that this was another example of great strategic thinking by the planner.  ‘Sadly I can’t remember her name but she was super bright and came up with the notion of targeting young women on the subject of ruining your looks.  Death is no threat to twenty somethings of either sex, but actively compromising your looks hit home.’ As you can see, an insight is enough to lead you to a great idea, so cherish the strategy planner. And if you don’t have one, be one before you start writing.

But that doesn’t explain the headlessness of the poster. Mary sheds the light, ‘I was also very interested in the idea of people reading the whole poster (at the time, 99% of body copy went un-read in print).  Being terminally lazy, I bitterly resent wasting energy on stuff that people ignore, so we combined headline and copy and I framed the argument in a length that I felt was about as much as people would read.  I remember walking through a tube station and seeing girls standing in front of this poster actually reading it. That was quite a buzz!’

99% of copy went un-read? That’s a frightening statistic for us scribers. But then Mary forgets to mention that she like to exaggerate, so don’t stop writing dear readers. The point is that 99% of pushy, predictable or portentous copy goes un-read. Just have a read of this poster and you’ll see why 100% of it was read by the target audience. And why it doesn’t need a headline to begin with. 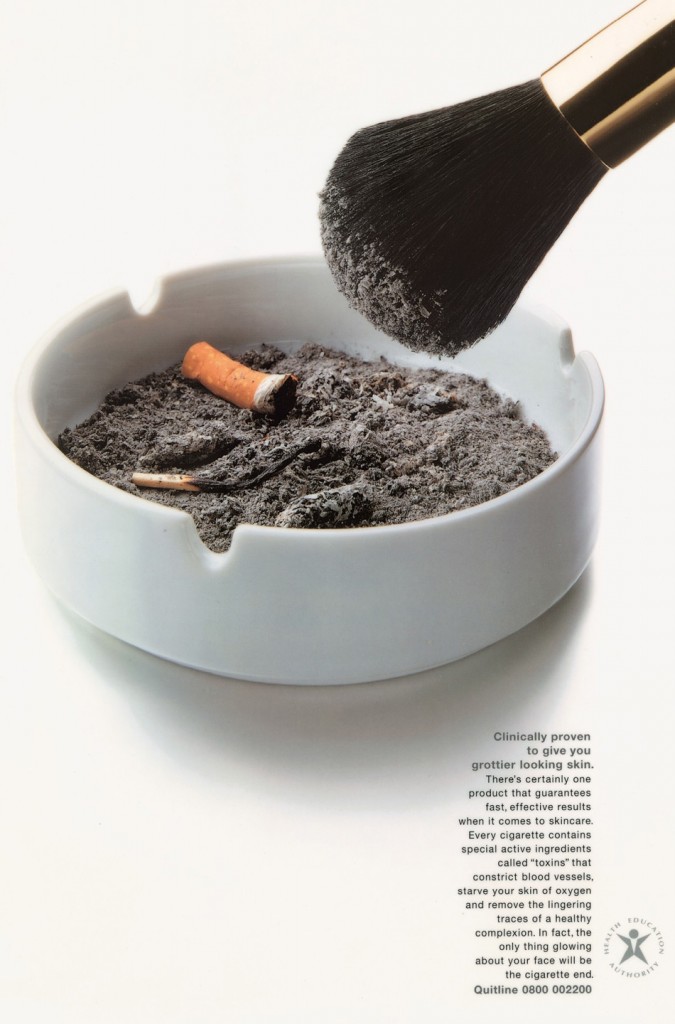 I extend my gratitude to Mary for sharing her time and talent so that CWiA’s readers can go back to their writing a little more wiser. I still think the copy needs to sing (move the story forward), but it also has to dance (engage the audience). It’s a song and dance act, really. When you get into the groove, they get up to move.

Mary’s summed it all up in 5 easy dance steps and here they are, as published in The Copy Book: How some of the best advertising writers in the world write their advertising:

Some (until now) unwritten rules I set myself:

This is the final in the series on great copywriters. There are many out there but these five are very representative of what makes for greatness in the craft of copywriting. So I hope you got enough insight and direction from David, John, Susie, Barbara and Mary to help you make your own copywriting great.