Copywriting and the Rhythm of Three 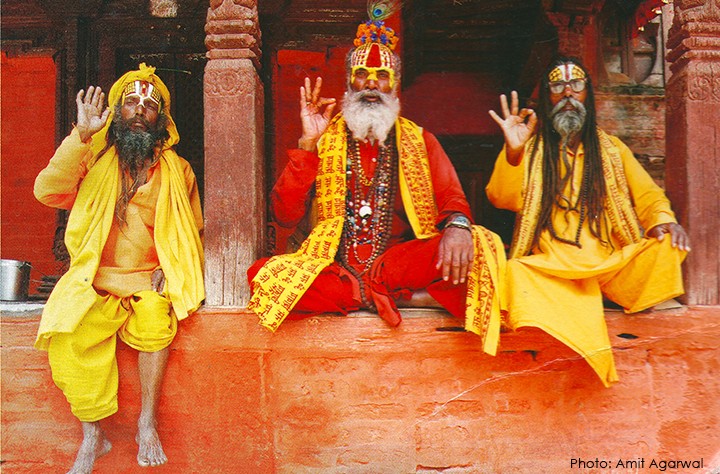 What gives the rhythm of three such magic, charm, allure or in a word, mojo*?

Composing words and ideas in a group of three adds rhythm and cadence to the sound of the words and emotion to the carry of the message. My personal favourite three-peat is Benjamin Franklin’s, “Tell me and I forget. Teach me and I remember. Involve me and I learn” (which also elegantly sums up the CWiA School’s teaching code).

The technical term for the rhythm of three is tricolon. And every good writer knows it is a powerful technique that should be learned, practised and mastered. It forces you to express a concept more completely. It forces you to refine your point. And the enchantment of the rhythm increases memorability of your message.

So it’s no accident that the rhythm of three is woven into all forms of storytelling — from Goldilocks and The Three Bears to Three Wise Men to The Good The Bad and The Ugly. But not just in titles. Famous quotes from throughout history are structured in three parts:

My last post, Why a Great Writer is a Keen Listener, reported on recent research showing that the brain perceives music with the same circuits it uses to hear and cognise human speech. Dr. Steven Pinker, a psychologist at Harvard University, describes the mind as ”auditory cheesecake”¹ – sonic resonances tickle parts of the brain in the same way that cheesecake tickles the palate. These parts include the language ability (with which music overlaps in several ways); the auditory cortex; and the motor control system. “That music can activate these three systems at once is the reason it packs such a mental oomph”, explains Dr. Pinker.

That mental oomph of three has been used so widely in literature that, from our birth and even before, we are preconditioned (perhaps even genetically modified) to respond to words, phrases and sentences packaged in threes.

Vivian, a CWiA student and librarian, explained it this way: before the written word, when story was delivered orally, it was necessary for the storyteller to narrate sections of the tale (or news) into patterns to enable them to remember how the story goes. One of these time-honoured patterns of expression was the rhythm of three. It works as a signpost to allow story to be remembered and passed on from audience to audience, generation to generation.

I can personally vouch for this. There have been a few traumatic times over the years when I’ve written 500 to a 1000 words then, due to some digital glitch or my own technical clumsiness, I accidentally deleted the entire piece. So I had to rewrite it all over again — by memory. Had it not been for those signposts of prose rhythm, I would never have made it before the deadline.

It all comes down to the way humans process information. Since the beginning of storytelling, our brains have become hard-wired to not only recognise but also demand a minimum number of units required to create a pattern. That magic number is three.

This combination of pattern and brevity results in memorable content. That’s why the Rule of Three makes your writing more engaging to your reader or listener in the same way catchy tunes and riffs stick in our mind. Here are some classics we’re all familiar with:

Comedians know the mojo of three all too well. They exploit our mind’s expectation of patterns to throw us off track (and make us laugh) with set-up, anticipation and punch-line:

But like anything, you don’t want to over-cook the rhythm of three to the point where it calls too much attention to itself at the expense of the propositional content. Here are some of my favourite examples of well-executed compositions using the rule of three by CWiA students:

Every great discovery in history started with this question. Every great answer came from a desire to improve the world in which we live. And every great outcome took us to a renewed perception of our world. This spirit of inquiry led Albert Einstein to E=mc2; Picasso (and Braque) to the multi-view-points of cubism; and Darwin to the origin of species.

There are a few skills working here, but we’ll just focus on the list of three, which happens twice in this extract. The first three sentences do a gradatio by building the narrative, sentence by sentence by climactic sentence to a new world-view (highlighted in blue). Then there’s another list of three highlighting specific examples that brought on this new world-view (highlighted in red). Notice how the rhythm of three also helps to organise and unify the information so that it is clearer and easier to comprehend, not to mention more engaging to read.

Someone who’s walked the walk, talked the talk and made it in the business of succeeding.

Someone who’s been a major player and goal-kicker in a public, private or not-for-profit

organisation. Someone who’s got the skill, the empathy and the passion to mentor. RMIT’s Pride Mentoring Program will match that someone with you.

Words have an ability to show us facets of human life in a refreshing, inspiring and sometimes all too mundane way.