What makes you great at copywriting? Mantras by John Bevins.

What makes you great at copywriting? Three words from Barbara Nokes.

What makes you great at copywriting? Ripping yarns a la Susie Henry. 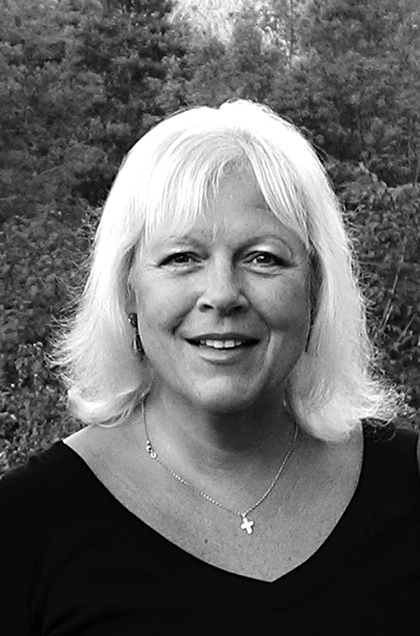 There’s nothing Susie Henry likes more than a ‘jolly good natter’ as she puts it. Give her a garden fence and she’ll be leaning over it to spellbind us with yet another tale true and telling. Susie Henry learnt her trade from the greats, David Abbott and Bill Bernbach, living and breathing the Bernbach philosophy that “good taste, good art, and good writing can be good selling”. These days, she is passing on her craft to the students of Scotland’s Creative Advertising masters degree.

For me, Susie is the queen of conversational copy. Whenever you need a little rev to get your copy ‘talking’, read her ads below. It took 25 years for the rest of the communications world to catch up with what she knew all along. Thanks to social media, everybody is now talking ‘conversational copy’ as the natural way into our hearts and minds of many and connecting with us as humans rather than consumers. ‘Both my mother and aunt were journalists, so maybe that’s where I get my tabloid turn-of-phrase’ she explains. That’s an interesting reveal, because we can learn a lot from the methods of a good columnist.

Next time you read a magazine or newspaper article, observe how:

1) the journalist knows their readers well and

2)  the journalist knows their role in their reader’s life.

Because Susie likes to pull up a fence, her voice is almost always a friend, who’s story is an enthusiastic share of knowledge and insight. In her ads for Commercial Union insurance, she found story in case histories. ‘We know that case histories work’ she says, ‘the trick is how you tell ’em’. While her earlier copy was more reportage, her later works are more like short stories.

‘To convey genuine enthusiasm’ is the key skill according to Susie, ‘If your reader senses you’re excited by the product, there’s a pretty good chance he’ll feel the same way’. So where does your enthusiasm come from. Especially when what you’re writing about is snoresville. The answer is in the search for a story. Investigative copywriting gets the blood circulating, the heart pumping and the right brain activated. Then, when you discover the knowledge and insight from data and information, there is inspiration, and that, as you know, is an invigorating experience. Enthusiasm 101.

When you read the following ads, the first thing you’ll notice is that they don’t read like ads.  All great copywriting does not read like an ad, just as quality online content does not read like spam. Conversational copy — dialoguing with the audience — is how to avoid ad-speak and marketese. As Susie says, the message requires ‘a genuine dialogue between reader and advertiser’. In short, find your inner journalist. 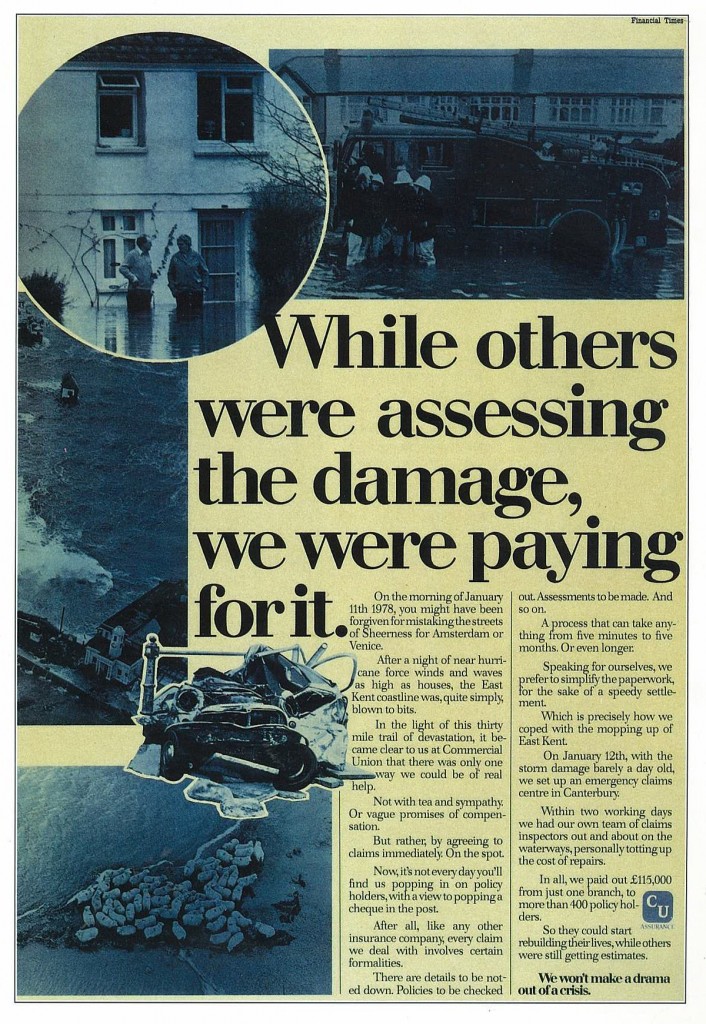 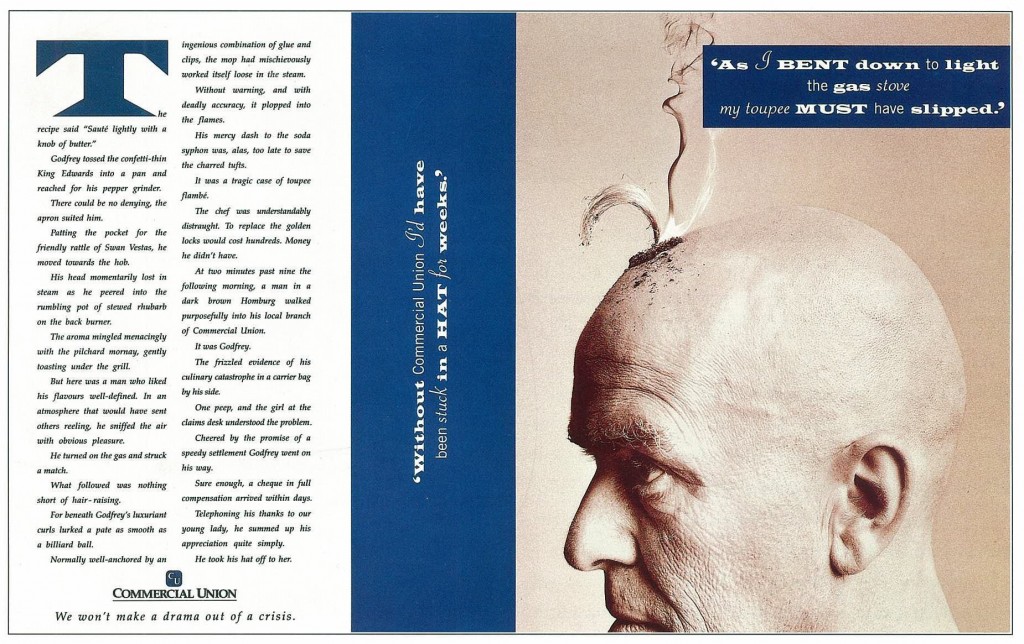 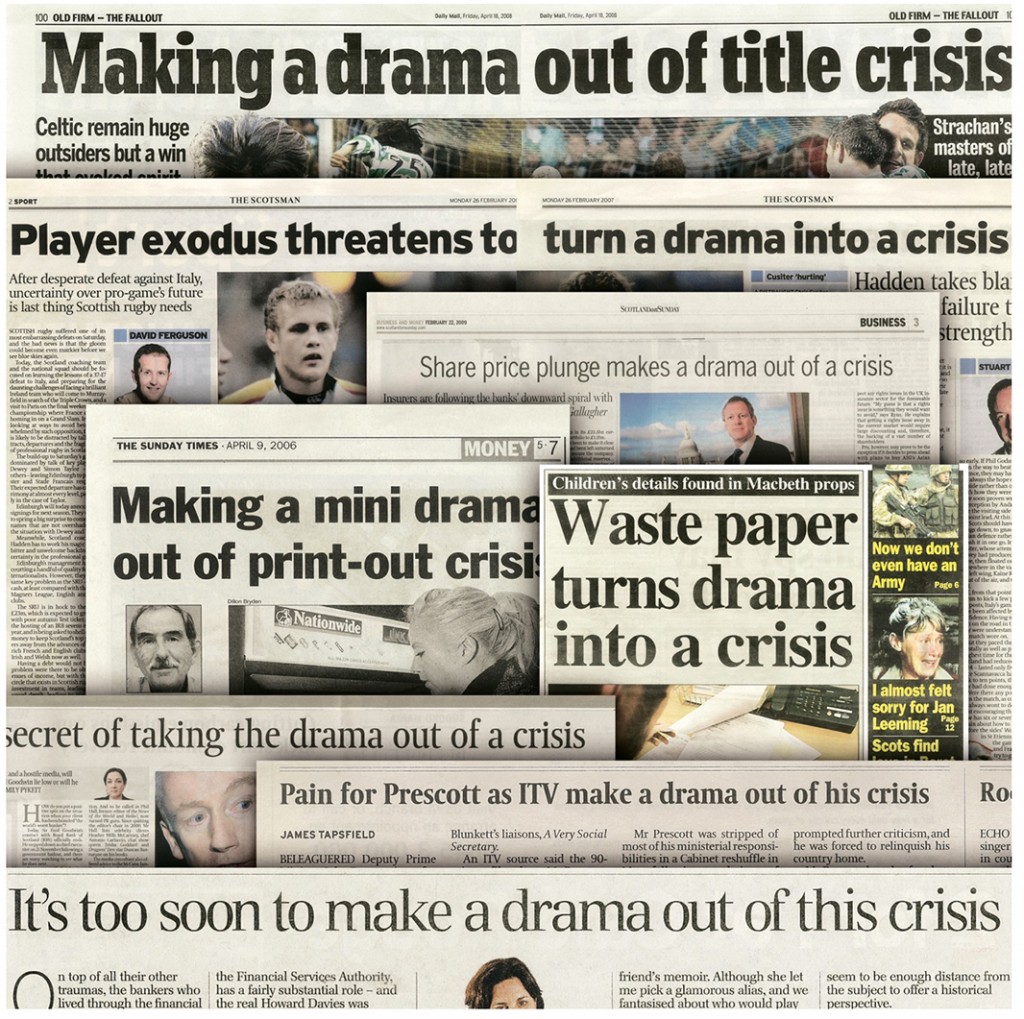 In the 1970s, the message entered into the language and has remained there to the present day.

Enough said by me, now pull up a fence and let Susie tell you how to make conversation, as published in The Copy Book: How some of the best advertising writers in the world write their advertising:

It’s time to put my cards on the table. My passport says copywriter. I’ve been a copywriter for 36 years and I’ve absolutely loved being in the business of creating ads and the industry has been kind to me. But the copywriting bit, and by that I mean the text, the real nuts and bolts of the ad, well, that’s never come easy. Looking back at other entries from the 1995 Copy Book I see I’m not the only writer to feel this way. Phew.
If it were just about sliding in those vital selling points and wrapping things up with a witty endline — I wouldn’t have much of a problem. But good copy rarely happens like that. It’s a complicated process, weaving all the threads into a persuasive argument, creating an empathy that gets the reader nodding. It’s jolly hard, and the great trick is to make it look easy. Now that everyone’s on Macs and email, creative departments are spookily subdued places — so different from the buzzing dens of banter that I remember. It was impossible to write copy with all this larking around, so I would retreat home.

Which is where I am today — home now being Edinburgh rather than sw London. If I’m to have any chance, I have to sit in splendid isolation. No chat, no music, no distractions whatsoever. Which, being an irrepressibly sociable person, gives me the glums immediately.

Revisiting my 1995 piece I see I refer to my art director “sharpening his chinagraph”. How quaint! Do art directors in this digital age still use such things? So much has changed.

I may be 16 years older but at least I’m not stuck with that “big hair, big earrings” look. I have, however, stuck with the same ads that featured in the first edition of this book. That’s because Commercial Union changed my advertising life. It also gives me a chance to reminisce.

I was at DDB and it was the account that no one wanted to work on. Why would we want an insurance brief when there were accounts like Volkswagen and Heinz in the building? I’m talking about a time when the only financial services advertiser on tv was the bank that took customer care to new heights with the ludicrous notion of “The bank manager in your cupboard” and the only memorable press campaign was “The man from the Pru.”

After two months of thinking and lunching (for that was the way of it then) Bill Thompson and I had a campaign, based on true stories from cu’s own claims files.
What struck us was that insurance is never front of mind until that moment when disaster strikes. You prang your car, your home gets flooded, a baboon nicks your camera. These things happen.

Commercial Union had an impressive track record of customer service in dealing with claims, only they’d never told anyone about it. Let this be your advertising campaign we said.

I wrote the line We won’t make a drama out of a crisis and pinned it on the wall. Bill gave it the thumbs up. So did the account team. No planners in those days you understand. Our creative director, Dawson Yeoman, liked what he saw. So onward to the board of CU.

The press campaign ran as full pages in the national press. Unbelievably, there were no changes to the original concepts shown at the presentation. But then, focus groups had yet to be invented. A national TV campaign followed.

It was the start of a 20-year relationship that saw me and cu through four agencies together. OK, this is in serious danger of getting sentimental. Time to fast-forward to the here and now.

Yes, I’m still writing. But that final frontier, the body copy, doesn’t get any easier. There are some great writers in this book, and I pay special tribute to David Abbott who taught me, encouraged me and laughed at my jokes. He and all those in the premier division are brilliantly capable of seizing on a crumb of information from the brief and making it something so deliciously edible you just keep coming back for more.

When I was young and starting out, I remember showing my book to one creative director, who commented “You write like a Butlins Redcoat.” Gosh, I thought, is that good or bad? Looking back, it was probably very bad. But these days my Redcoat style is more likely to be called “accessible.” How the advertising landscape has changed.

In 1995 there were very few female contributors to this book. So few in fact that poor old Neil French thought we were all blokes. I hope that this new edition will go some way to redress the balance. The contributors to the 2011 Copy Book have a distinct advantage over the 32 original copywriters. They can look back on what the rest of us wrote, how we felt about the process, our quirky little rituals and tactics.

What strikes me is there’s no magic formula. At least, I haven’t found it yet.

Next week’s despatch will be on a copywriter who can speak volumes with just a few words, the essential Barbara Nokes.

What makes you great at copywriting? Dancing like Mary Wear.